Back in Blogland again

I'm finally back in Blogland. It's back to work on Monday again, after having three weeks off work. I feel like the three weeks of summer holidays went by so fast!
I got to so some sewing done, but not at all as much as I planned to. I have finished a lot of sewing on the "Comfort quilt". Just a few blocks needs to be cut and pieced. It's looking good so far :o) 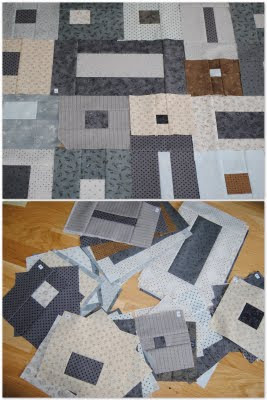 I went to Denmark with my family, together with my brother's family. We rented a house in a place called Odsherred, and we had a great time. Since my kids are getting young men busy with their own stuff every day, it was so good to spend some family quality time with them. We went to see different places, and also enjoyed family dinners (bbq),playing games. We spent a lot more time driving than planned, but we had a great time after all :o)


Our furball, Fabian, had to spend the week we where away at a shelter for cats. It's the same place we adopted him from when he was three months old. The poor thing had not been comfortable, and he must have missed us terribly. Not eating much during the time he was there, and not at all interested in the people who worked there.
I've never seen him so happy as when he came home. He was constantly following us around the first two days, must have been so afraid of being left alone. He even followed us into the bathroom. He seems to gain some weight again, and he is more calm now. I will never leave him like that again, so next time we're going on a vacation we will have someone he knows to look after him, poor thing. I'm just glad he's a happy cat again! 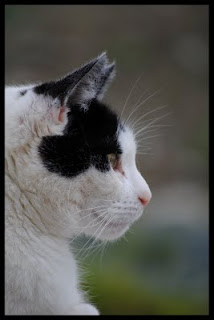 We haven't had any great weather at all this summer. Mostly rain and forecast. I've tried to take some summer photos, and since I bought a new lens for my camera, I had to take some walks despite the weather. As long as it's not raining, it's fun to walk around looking for things to capture in a photo. 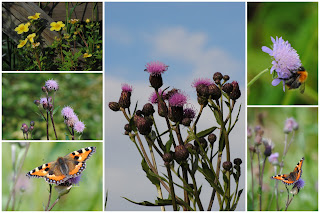 When I went for a walk the other day, I didn't see only flowers. I found a bunch of four and five leaf clovers too. I've always looking along the roadside when I walk, looking for these.
Will they bring me any luck? Who knows, but I sure hope so :o) 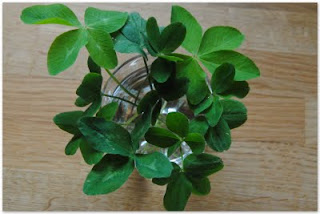 Last Friday, when we where heading home from Denmark, we got a call from my mom about the bomb in Oslo. We had to drive by Oslo to get home, and she was worried we had to drive through Oslo on our way back to Trondheim. We got to turn on the radio to listen to the news when we got to the boarder of Norway. We heard about the shooting at Utøya outside Oslo, and it was all just so sad.
It's been a week since the terrible day, and all of the Norwegian people are still in shock and really sad about the terrible things that happened. I have to admit it's almost too much to take in.
I'm thankful that the people in Norway stay together even more after such a bad incident.
My thoughts and prayers are with the victims and their families.
Before you judge, Act. Before you speak, Listen.
Before you hate, Love. Before you write, Think.
Before you pray, Forgive. Before you quit, Try.

Wish you all a peaceful weekend,
Laila
Posted by Litamora's Quilt & Design at 6:13 PM

Your "comfort quilt" looks great !!
About the terrible events, it's difficult to find some words...we can only cry and pray for peace !
Florence

Nice words. It's terrible what happend in your country. Your quilt is nice, it will give a lot of comfort

Litamora's Quilt & Design
I am 47 years old, engaged and mom to three boys. Crazy about patchwork and quilting and I became a fabric addict in June 2004